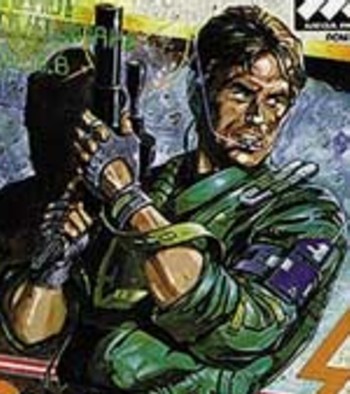 Welcome fellow Metal Gear fans, this is my Metal Gear Solid collection and history fansite. Here you will see my collection of Metal Gear Solid items I've collected since 1998 when the game came out for Playstation, wow remember those days! You will also see things like the history, stories, characters and many more extras about the Metal Gear series all the way from the beginning. There will be a fan page too, just for fans to put up artwork or basically anything and there will also be a forum and a newsletter. I will daily update this site with news and update things that may need work on. Well what else can I say, Enjoy your stay! -Nick

January 08, 2014- Woah! What the hell happened? I was put into cryosleep somewhere around September of 2008, shortly after the release of Metal Gear Solid 4 as you can see from my last website update. I've been awoken from my stasis to see the arrival of Metal Gear Solid 5! All jokes aside, I have left my website completely deserted since the summer of 2008 or as someone put it, "a desolate wasteland." Up to the release of MGS4, I began making music videos using footage from the trailers, then after the game's release, I began uploading the cutscenes from MGS4 on my Youtube channel. So, I became preoccupied with my Youtube channel and stopped updating my website but to this day I still pay for my subscription to keep the site up and running. I just want to apologize for my absence to those who wondered what the hell happened to the site and I plan on coming back full force. I will be putting up a video on my youtube channel (www.youtube.com/bloodhoundivan) so I can go a little more in depth about my absence and what I have planned for the site and my youtube channel. The video should be up sometime next week, so be sure to go check out my Youtube channel. Thank you so much guys. -Nick

January 10, 2014- As you may have seen from my main update, I have strayed away from my website for a few years but that does not mean I stopped collecting for Metal Gear Solid! I finally got around to taking pictures of all the items I've acquired over the last few years which is not that many but I was able to collect some nice items. Here is my first collection update in 5 years! -

Possibly one of the coolest (coincidentally the most priciest!!) items I've acquired would definitely have to be the unopened case of Metal Gear Solid 2 kubricks. Now for all I know, I could have 24 gurlukovich soldier kubricks in there or 24 "impossible to find" raiden kubricks in the case! I don't plan on opening it but it's nice to know that I was able to get an unopened retail case of these. That was definitely the most expensive piece I bought in recent years but the second most expensive would be the Red Version Cyborg Ninja figure by Play Arts Kai which is beautiful. I don't have any of the other PAK figures but I definitely plan on getting more, there's just so many of them out at the moment but nonetheless, Play Arts Kai has done a bang up job with their Metal Gear Solid 1/2 & Peace Walker lines. I have saved the best for last, the coolest pieces by far that I was very lucky to get my hands on would have to be the Mcfarlane Metal Gear Solid prototype figures. While searching through Ebay one day, I stumbled across a listing for a Mcfarlane Solid Snake clear prototype so I asked the seller if he had any more information about it. Unfortunately, the seller didn't have too much info besides that he claims they were in fact prototypes. He also had a picture comparing the Solid Snake clear prototype to the actual retail figure and you can clearly see the difference. After I saw his listing, I immediately checked the rest of his items for sale and also found clear prototypes for Cyborg Ninja and Psycho Mantis as well. So I went ahead and bought all three, no brainer! When I received the package in the mail, the seller had thrown in another clear prototypical version of Solid Snake which was extremely nice of him. The Snake prototype he threw in for free looks like an earlier version being more clearer and less defined. Being that little is known about them, I would appreciate if anyone could shed some more light on these. Here is the Ebay description of the one of the figures (this was mostly the same description for all 3) Click picture to enlarge- 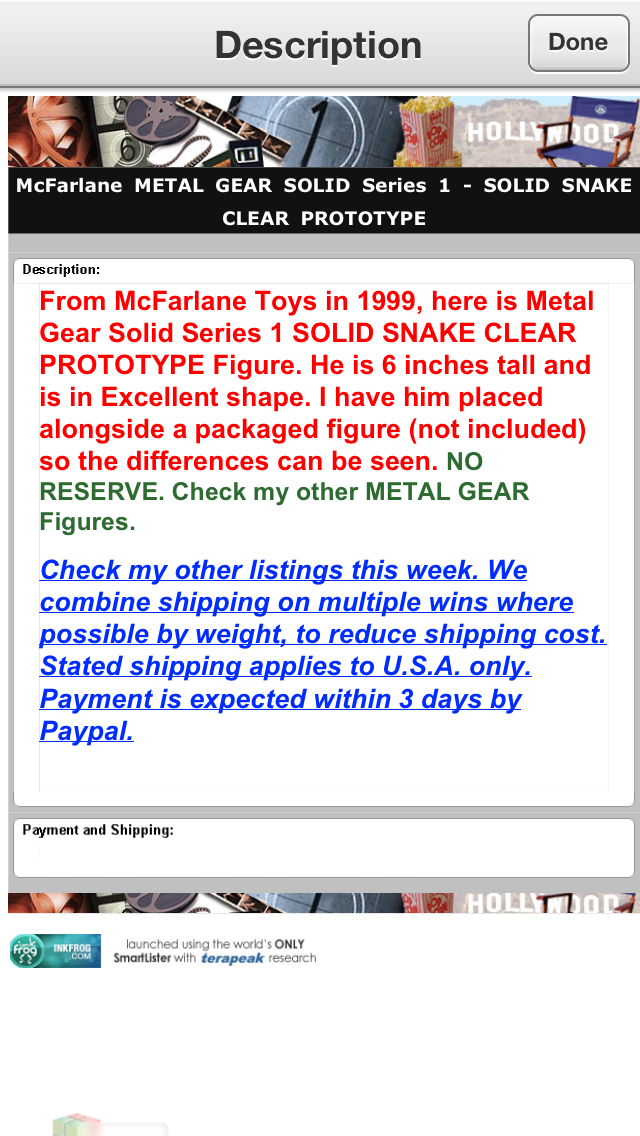 I would like to give a big thanks to starnightcomics over on Ebay for listing these one of a kind figures! That's all for now, I will report back here as soon as I pick up my next item. Take care guys. -Nick

Check Me Out On Youtube For Metal Gear Solid Cutscenes, Music Videos & Much More!

Have A Myspace? Want To Be Friends? Visit The Outer Heaven Resistance Myspace Page

Myspace? Ha! A Bit Outdated. Have A Facebook? Send Me A Request-